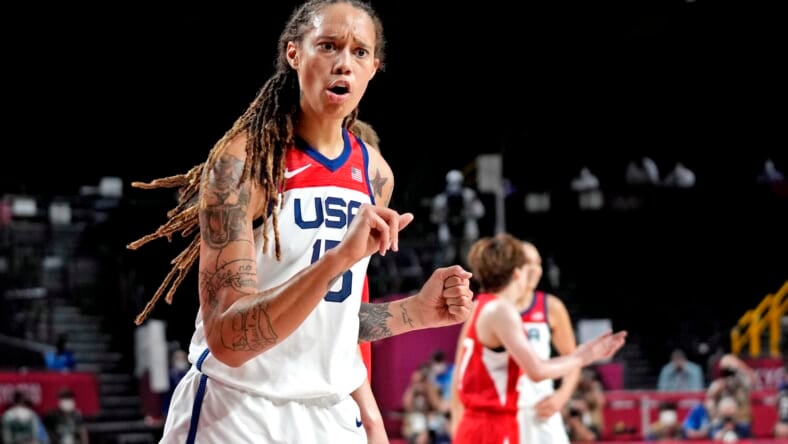 Department of State spokesperson Ned Price stated to media that the U.S Embassy stationed in Moscow paid a visit to WNBA Star Brittney Griner. The visit marks the first time the embassy has been allowed to see her since recently. Griner is preparing to serve a nine-year prison sentence after a Moscow Regional Court recently denied her appeal on October 25th. Officials say Griner’s appeal hearing was held via zoom call, with Griner making her case from behind the bars of the jail cell she has been detained in since February.

“They saw firsthand her tenacity and perseverance despite her present circumstances,” Price said. “We continue to press for the immediate release of Brittney Griner and Paul Whelan and fair treatment for every detained American.”

Griner initially intended to fly over to the country to play for the UMMC Ekaterinburg while the WNBA was in its offseason. Vape cartridges containing cannabis oils were reportedly found in Griner’s luggage at the Sheremetyevo Airport in Moscow. She was soon charged with smuggling drugs into Russia, a felony that carries a maximum sentence of 10 years in prison. Griner entered a guilty plea to narcotics possession and smuggling charges during her drug trial, acknowledging that the oils were in her luggage and testified that she had no criminal intent.

Griner’s lawyers Maria Blagovolina and Alexander Boykov argued that the imposed sentencing is excessive and “absolutely unreasonable” in comparison to other similar cases that took place on Russian soil. Attorney Blagovolina presented a U.S doctor’s note during Griner’s trial, stating that the player was told to use cannabis for medical purposes to treat pain. With her legal options fully exhausted, she must rely on U.S President Joe Biden and his administration to bring her home via prisoner exchange.

The administration reportedly has offered Russian Arms Dealer Viktor Bout in exchange for Griner, and Paul Whelan. Whelan has been detained at a hostel in Moscow. He was arrested on alleged espionage charges. Whelan was sentenced to 16 years in prison after being convicted of the charges in June 2020.