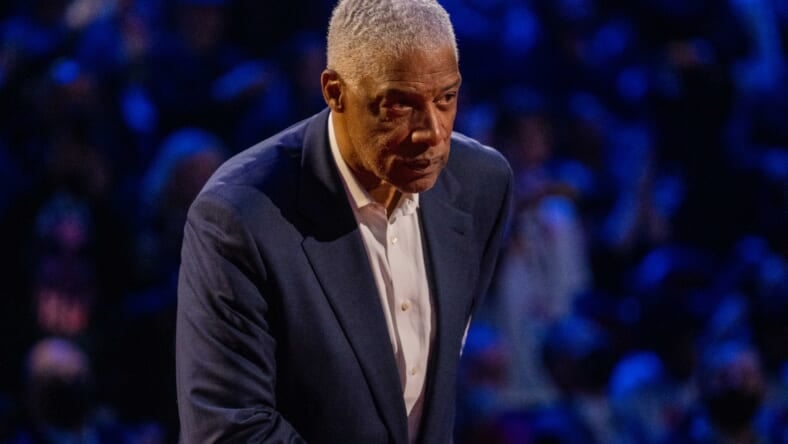 In his legal battle against Authentic Brands Group (ABG), a Delaware Court of Chancery judge ruled on Monday that NBA legend Julius Erving must take his NIL lawsuit against the company to arbitration. Erving filed his suit against ABG in 2021, claiming that the company violated the terms of its contract with him as well as related claims from a prior agreement made in 2016.

Erving details that in 2016, a deal was made that included the former NBA player selling his NIL and other intellectual property over to ABG in exchange for the company expanding his brand by securing promotions and new licensed agreements. ABG not only is the owner of the Sports Illustrated website, but also is the likeness rights manager of numerous sports celebrities.

The 72-year-old, according to Vice Chancellor (Judge) Nathan Cook, argues that ABG has “failed to devote adequate resources to grow the ‘Dr. J’ brand, instead effectively shelving it to focus on more profitable brands.” Alleged violations include using the wrong metrics to determine the amount of each distribution, failing to gain permission to pay a management fee, and falling short of taking enough steps to grow Erving’s personal brand.

The ABG denied the allegations by contending that Erving’s contract contains a dispute resolution clause. The clause requires both parties to “submit any dispute, claim or controversy arising out of or relating to this Agreement … to final and binding arbitration.”

Erving played eleven seasons in the NBA, and five seasons with the American Basketball Association (ABA). During his time in the NBA, Erving was an All-Star each season, the MVP in 1981 and a five-time member of the All-NBA First Team. He scored 30,026 points in his combined ABA and NBA career; only Kareem Abdul-Jabbar, Wilt Chamberlain, Karl Malone, Michael Jordan, LeBron James, Kobe Bryant and Dirk Nowitzki have scored more points in the history of professional basketball.