On Tuesday afternoon, the Dallas Morning News reported that Dallas Cowboys Starting Safety Damontae Kazee was arrested on Tuesday morning, and was charged with driving under the influence. Kazee, 28, was pulled over for a traffic violation in The Colony shortly after 3 a.m. on the 7000 block of State Highway 121.

A spokesperson from The Colony police, the arresting agency, said that an officer reported noticing physical signs that Kazee had been drinking, and Kazee informed the officer he had consumed alcohol.

Kazee thereafter failed a field sobriety test and was detained. His Driving While Intoxicated (DWI) charge is a Class B misdemeanor for a first offense. Kazee posted a $2,500 bond Tuesday, being released from The Colony Municipal Jail at 12:34 p.m.

Under Texas’s laws, a Class B misdemeanor is punishable by up to 180 days in jail, a fine of as much as $2,000, or both. Kazee will likely face punishment from the NFL for his DWI. The collective bargaining agreement ratified by NFL players in March 2020 actually increases the baseline punishment for DWI arrests.

Previously, a player was suspended two games for a DWI, however, the new CBA has a baseline suspension of three games. The NFL has yet to comment on the arrest or issue any penalty, and, a Cowboys spokesperson declined to comment. 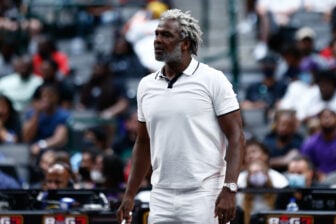