NBA star Miles Bridges was arrested for felony domestic violence in Los Angeles on Wednesday, and now his wife, Mychelle Johnson, has posted pictures of her alleged facial injuries from an alleged violent confrontation, on social media.

According to court documents, Bridges handed himself in to Los Angeles police on Wednesday for a violent confrontation that occurred on Tuesday. He has been charged with felony domestic violence and is scheduled to appear in court on July 20.

In the post, Johnson wrote, “I hate  that it has come to this but I can’t be silent anymore. I’ve allowed someone to destroy my home, abuse me in every way possible and traumatize our kids for life. I have nothing to prove to the world, but I won’t allow anyone who could do something so horrible to have no remorse and paint a picture of something I’m not.”

A variety of injuries were reported for her diagnosis on one page of her discharge papers from the emergency department. “Adult victim of physical abuse by male partner; assault by strangulation; brain concussion; closed fracture of nasal bone; contusion of rib; multiple bruises; strain of neck muscle”

Bridges, who is set to be a free agency this offseason, was arrested less than 48 hours before free agency began. 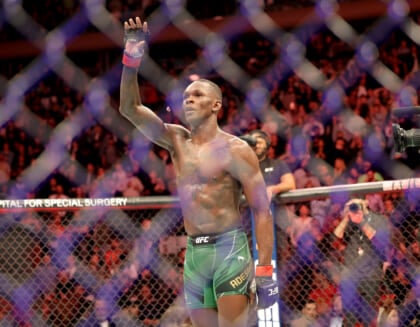