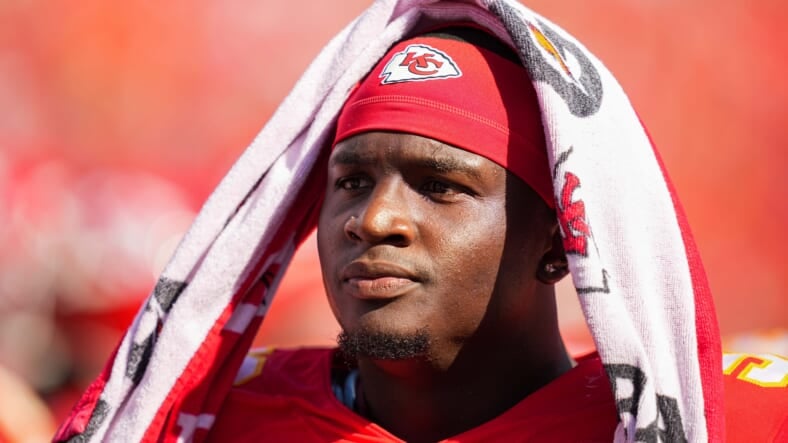 Kansas City Chiefs player Willie Gay was suspended for four-games after being arrested back in January. He began serving the suspension for violating the league’s personal conduct policy during week three. Now reports are emerging that the NFL wanted Gay to serve the maximum six-game suspension but Gay decided to settle with the league for the four-games and it’s all because of updates to the new CBA.

According to CBS Sports’ Jonathan Jones, the new CBA language allows players to reach a settlement with the league before a suspension is handed down by the disciplinary officer.

In January, Gay allegedly had an argument with the mother of his child that led to him getting charged with a misdemeanor, which was categorized as an alleged domestic violence offense. Gay pleaded not guilty to the charges and he reached an agreement with prosecutors to participate in a diversion program. Even though he pled not guilty, the NFL still found that he violated the personal conduct policy, which does not require criminal charges or even convictions to be enforced.

The NFL and the union had completely different lengths of suspension that they wanted Gay to serve, according to Jones. The union wanted to loosen the original four-game suspension down to two while the league wanted the maximum six-game suspension.

Retired judge Sue L. Robinson, who is the NFL and NFLPA disciplinary officer, was going to take this case before it was eventually settled. Robinson has been in the headlines recently because she was the disciplinary officer who presided in the Deshaun Watson matter over the summer. Unlike Gay, Watson did not settle with the league prior to Robinson hearing the case. She gave Watson a six-game suspension due to his alleged sexual misconduct. Then later, the NFL appealed Robinson’s ruling, seeking a full year suspension. Watson then settled with the NFL for an 11-game suspension, a $5 million fine, and mandatory behavioral treatment.

Gay is in his third season in the NFL with the Cheifs. He was a second-round pick in 2020 out of Mississippi State. He did play the first two weeks of the season for the Chiefs. He has 16 total tackles including two tackles for loss. Gay began his suspension in week three when the Chiefs played the Indianapolis Colts. Gay can return to action starting week seven when the Chiefs travel to San Francisco to take on the 49ers on October 23rd.