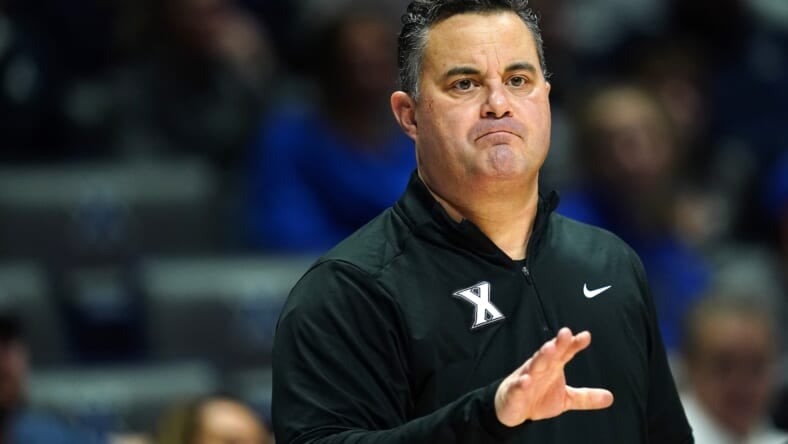 “The hearing panel determined that the former head men’s basketball coach demonstrated that he promoted an atmosphere of compliance and monitored two of his assistant coaches regarding the academic eligibility of men’s basketball prospective student-athletes, rebutting the presumption of head coach responsibility,” reads the report.

Thus, Miller faces no sanctions despite punishments levied at the former assistant coaches of the team and the University itself. Arizona, which will face a $5,000 fine, a reduction of athletic scholarships and reduction in recruiting weeks won’t receive any further postseason bans or major sanctions. The University got off easy, according to many. However, Arizona will remain on probation until December of 2025.

Miller, who now coaches Xavier’s men’s basketball team, was accused of failing to monitor his two assistant coaches at Arizona after they became the focus of an FBI investigation and corruption trial.

The IARP found that the two former assistant coaches at Arizona did in fact commit several NCAA violations, both level I and level II.

“A University of Arizona former assistant men’s basketball coach solicited and accepted $20,000 in cash bribes and paid $40,000 for a fraudulent academic transcript, another former assistant men’s basketball coach provided an impermissible benefit to a student-athlete and then directed the student-athlete to conceal the violation,” the IARP statement released Wednesday said.

Arizona imposed a postseason ban in the 2020-2021 season on itself which helped it avoid future penalties. Miller was later fired in 2021 when Arizona went 17-9.

When the FBI initially arrested several coaches in a massive bribery and fraud scheme, Miller was suspended but maintained his innocence. Arizona decided that Miller could keep his job and concluded it had “no reason to believe” Miller violated any rules.

Former Arizona assistant Emanuel Richardson was arrested by the feds in September of 2017 on bribery charges along with nine other men, all charged with various counts of corruption and fraud. Richardson was accused of accepting $20,000 from an agent in exchange for promising to influence Arizona players to become the agent’s clients. Richardson later served three months in prison. At the time, Miller, who had been Arizona’s head coach since 2009, denied knowing anything about Richardson or Phelps’ alleged misconduct.

During ensuing trials, a conversation between Miller and former runner Christian Dawkins was caught on wiretap in which a $100,000 payment to DeAndre Ayton was allegedly discussed to get the recruit to sign with Arizona. However, this was not mentioned in the IARP report.

Kansas was also a part of the federal investigation but results from the NCAA investigation into that school are pending. Kansas also imposed discipline on itself after winning the NCAA tournament in March, including scholarship reductions, and suspensions on its coaches after the school employees were allegedly believed to be connected to the scandal as well.

The release of the IARP report brings closure for Arizona after the scandal broke in September of 2017. The NCAA did not investigate any of the allegations until federal authorities and prosecutors concluded legal matters at the federal level. The NCAA passed a rule enabling it to use evidence collected at the trials as part of its own disciplinary process and in its investigations. The NCAA Independent Accountability Resolution Process (IARP), was created after a recommendation by a newly created commission headed by Condoleezza Rice.