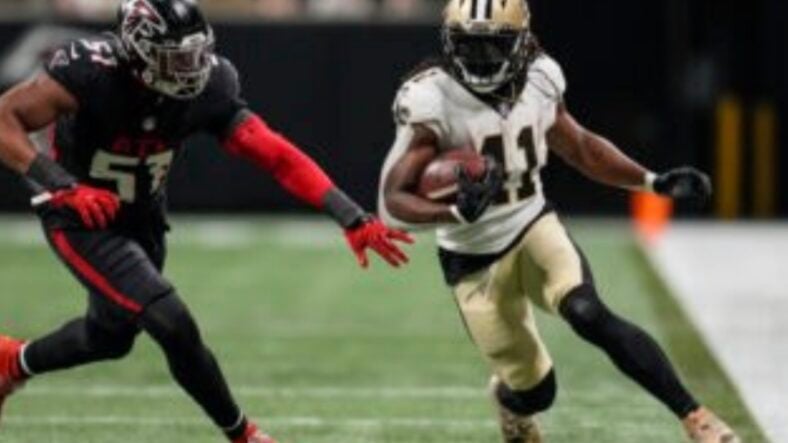 The news just dropped that New Orleans Saints Running Back Alvin Kamara was arrested in Las Vegas, after playing in the Pro Bowl. He was arrested for alleged battery resulting in substantial bodily harm, a felony. The incident, which locals say happened at Drai’s nightclub at The Cromwell on the Las Vegas Strip, occurred on Saturday at 5:50pm. However, police did not arrest Kamara until Sunday, after he played in the Pro Bowl, for reasons unknown.

The arrest for a felony doesn’t mean he will be charged with that felony. The police made the arrest based on their investigation and ultimately a prosecutor will have to review the evidence and decide whether to bring the felony charge. There is also a possibility any charge, even if it’s a felony is pled down in a deal.

However, it will all depend on the evidence available linking Kamara to the alleged battery, how bad the injuries are and whether Kamara caused them.

But an NFL suspension usually occurs irrespective of whether there is even a charge, if the League believes, that based on its own investigation, a player engaged in conduct detrimental to the League.

Yes, the League basically conducts its own criminal investigation and determines culpability. I have been complaining about this for years. However, the Justice system doesn’t always come through for reasons that have nothing to do with right and wrong. So, sometimes the League’s policy is controversial like when it adjudges athletes guilty of crimes absent direct evidence and sometimes it is appreciated, like when there is direct evidence and the legal system fails victims.

Kamara’s case is one where more likely than not there is strong evidence. The battery allegedly took place at a nightclub so there is almost certainly video. If it happened to be just out of view of cameras, there is probably still some context to be gleaned from cameras and definitely lots of witnesses.

In nightclub brawls, oftentimes witness testimony can conflict depending on whose side the friends who witnessed the fight are on.

But, there are usually bouncers or hotel security guards plus waitresses and other bystanders who are more objective.

We do know, via the police statement, that the alleged victim was hospitalized. Given that police arrested Kamara on battery resulting in substantial bodily harm after speaking to the alleged victim in the hospital, it’s probably supported by the medical records that injuries could fall within the substantial bodily harm category. Meaning, the person hospitalized was probably pretty seriously injured.

Such a felony charge could carry 1-15 years in prison under Nevada law, depending on the extent of the injuries and whether or not a dangerous weapon was used.

In Nevada, the use of a deadly weapon does not result in extra charges so we don’t know whether or not one was used yet. However, it can result in an enhanced or longer sentence. If someone is convicted, and used a deadly weapon, they could face up to double the amount of jail time as what they would face for the underlying offense.

A deadly weapon doesn’t have to be a gun, it could be a whole host of things. Such as: any firearm, paint guns, knives, swords, sword canes, daggers, or switchblades, nunchaku (“nun-chucks”), trefoils, machetes, throwing stars, traps, metal knuckles, slungshots, billy clubs, sand-clubs, sandbags, incendiary or explosive substances, or tear gas.

But, a dangerous weapon could also be something as simple as a bottle or a drink, if used in a way that could likely cause substantial bodily harm or death from how the defendant uses it. (Such as throwing a brick, lead pipe, broken glass, or using scissors to stab).

So theoretically, if a bottle was smashed on someone’s head, it could be classified as a dangerous weapon and lead to a longer sentence if the person is convicted for battery.

We don’t know what exactly happened yet but considering there is likely video and witnesses it should not be hard for the NFL to figure it out.

Furthermore, if Kamara did in fact commit battery, we already know the alleged victim was hospitalized. Any infliction of enough injury on someone to land them in the hospital would almost definitely result in an NFL suspension for Kamara next season, whether he is charged or not, in my opinion. The baseline suspension for battery is six games. But the NFL can also add more games to that depending on aggravating factors like how badly someone was injured and whether or not a weapon was used.

The punishment is usually severe for battery because whether the law recognizes it or not, many people feel that NFL players are akin to deadly weapons. They are so big and strong that it’s not comparable to a run of the mill battery if you are on the receiving end. The league has a responsibility to dissuade the use of force by players on the public for obvious reasons.

Remember that Antonio Brown received eight game suspension for pleading no contest to battery charges on a truck driver. His case was a bit more complicated because he was also accused of sending threatening texts to a woman who accused him of sexual assault.

We also have seen Tyreek Hill, who was investigated for alleged battery on his son, receive no suspension when the investigation resulted in no criminal charges.

However, here the very public location is sure to turn up some substantial insight into what happened.

Keep in mind, even if Kamara gets a six or eight game suspension he could always appeal and often arbitrators reduce suspensions a game or two, depending on the circumstances.

If Kamara is charged and convicted and has to serve any jail time, it would likely be short as part of a deal and done before next season as long as the injuries to the person are not severe.

The only thing, short of a case of mistaken identity, that can save Kamara from an NFL suspension is the same thing that can save him from a conviction if he’s charged. That is: a valid and provable self-defense claim.

If Kamara can prove that he was defending himself with proportionate force and it’s on video or backed up by others, then he could come out of this unscathed. That’s what the lawyers get the big bucks for!

Keep in mind, the Chiefs recently released Damon Arnette less than two weeks ago over an assault charge in Las Vegas. The circumstances are seemingly different. Arnette is accused of pointing a gun at a valet and possessing drugs. He was also on a zero tolerance contract with the Chiefs after disturbing videos of him making threats and waving a gun led to his release from the Raiders.

However, if the circumstances are bad enough, for example if the hospitalized person doesn’t make it or the injuries are bad and there’s video showing some incriminating things, a release from the Saints for Kamara is not out of the question.

Kamara seemingly has no major criminal history aside from some minor driving related charges back in college during his Alabama days.

Also, Kamara is a star and we know stars get more chances in the League as long as the video isn’t a shock to the conscience (ala Ray Rice). So for him a suspension is more likely, depending on how serious the injuries are and what the evidence shows.

We shall see as the facts come out. But the one thing to keep in mind is that Vegas is one of the toughest legal systems in the country. The state has an interest in punishing offenders harshly. That is especially true because its reputation is staked on the safety of its nightclubs and party atmosphere, which also happen to be a main source of its revenue and jobs.

Think OJ Simpson and his armed robbery conviction. He got the book thrown at him.